How Netflix Made A Big Transformation In The Video Streaming Industry? 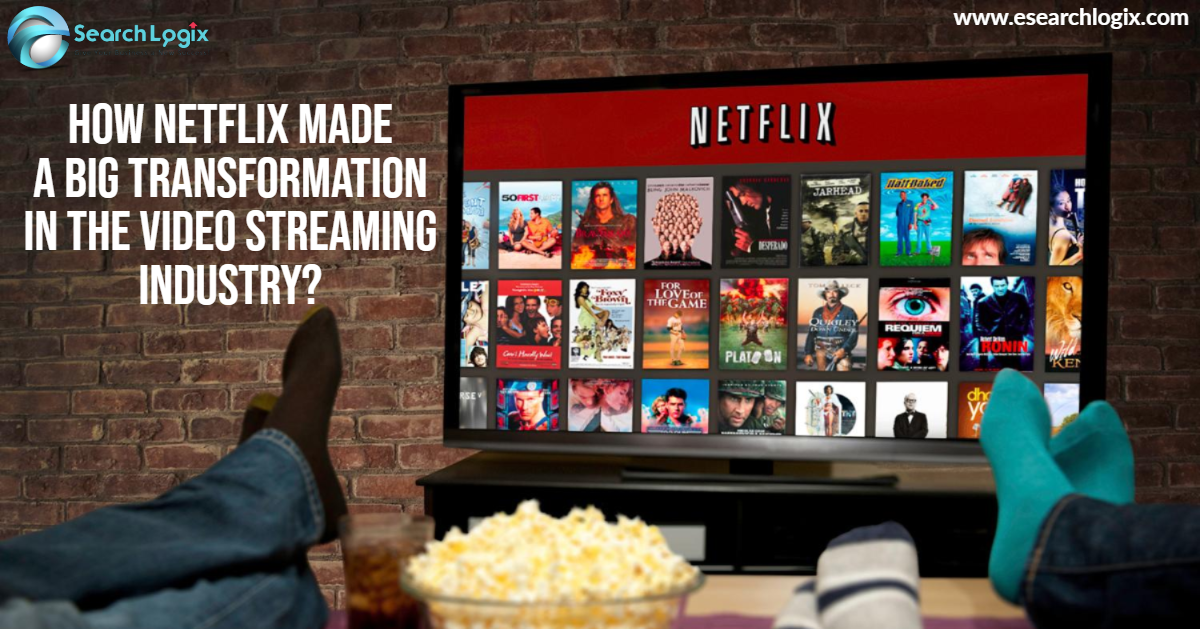 In the 1970s, entertainment was all about listening to BBC’s Test Match, or Forces’ Request on a radio transistor. By the early 80s, Television was introduced and found its place in some homes. After then various shows were telecasted on TV and this has become a golden age for the entertainment industry. With time, the internet has taken over everything and brought a new way of entertainment.

The arrival of video streaming services like Netflix and Amazon Prime Video is giving a new dimension to entertainment. The subscribers of Netflix can enjoy a wide range of shows and movies without the need for standard cable networks. Netflix is delivering valuable content based on different themes to cater to the huge masses.

Starting from its online services to DVD rental services and video-streaming technology, Netflix completed its migration of streaming, storage, and data management in recent years. Now let’s take a look at how Netflix has turned the tables of the video streaming industry.

Netflix has made its place in the series of producing the original content. Shows like House of Cards, Orange Is the New Black, Black Mirror, and much more has created a buzz all over. Viewers can get tons of top-quality shows and movies on Netflix and it sounds like a great strategy to attract more audience.

Netflix serves video streaming services at a less cost as compared to cable services. This is a big relief for people who need to pay excessive prices to watch their favorite shows and movies. The libraries of Netflix are loaded with a good number of titles. They make almost all new and existing shows available for the viewers.

Since the Netflix streaming services are subscription-based, it eliminates the irritation of ad-breaks and evolves the way stories are conveyed. This prevents spoiling the viewers’ suspension of disbelief by pushing them out of precisely made story-worlds.

A Shift in the Interest of People

The trend of popular shows on Netflix is shifting the interest of people towards modern and unique shows. Netflix offers a complete season of shows which is a major reason behind its popularity and success. Also, launching all the episodes at once gives users the liberty to watch the shows anytime as per their convenience. Viewers are free to press pause and take a break whenever they like.

Netflix provides a complete package with a variety of entertainment options for every member of the family which is a big reason for its success. These streaming services have become an amazing alternative to the rising pricing of cable networks. The award-winning shows and movies created by Netflix is the most-watched on the planet. Streaming companies like Amazon Prime Video and Netflix are transforming the entertainment industry and will surely take a lead to the next advancement in entertainment.

What are your favorite shows on Netflix? What do you think about its successful business model? Please share your views in the comment section below. To know more about video streaming, feel free to speak to us today!