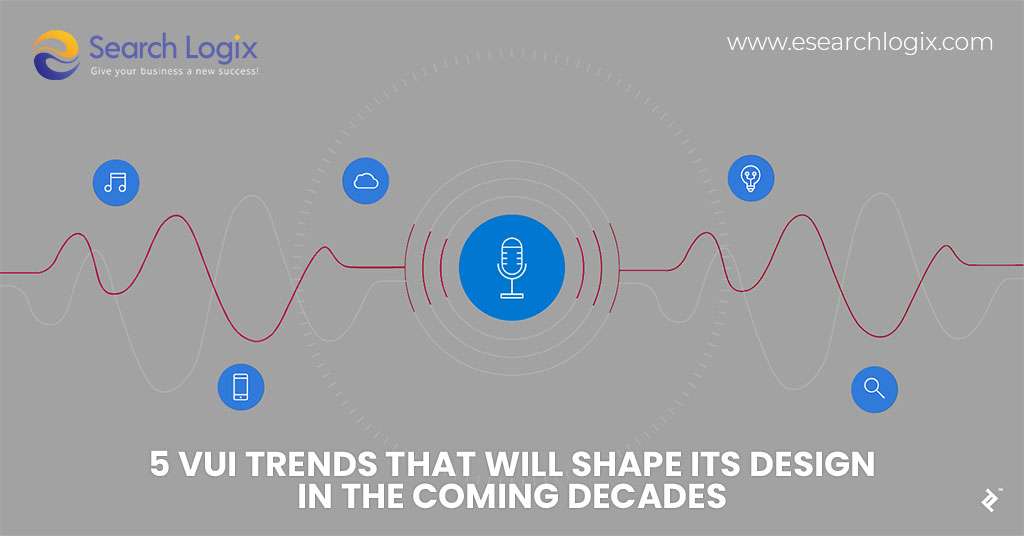 Voice User Interfaces (VUIs) is tremendously making its place in the universe of user experience due to the growing usage of voice assistants and smart speakers. This is the major and additional visual, tangible and auditory interface that gives voice interaction support between users and devices.Users do not need to interpret any symbols or certain language, but they can use preferred language such as English to streamline the operations of the system. Indeed, VUI is becoming one of the crucial segments of AI software development. Voice user interface follow fundamental principles of UI design when it comes to generating GUI products.

Today, a large number of people are using voice commands to search on their smartphones. Since the advancement in technology is emerging at a fast-pace, the demands of users also change. Let’s take a look at some trends that may form VUI design in the coming years.

Trust plays a major role in maintaining coordination between people and machines. VUI should serve the person what he/she has exactly requested. This objective can be accomplished by enhancing speech accuracy. When users communicate with the system and specify the problem they are facing, then the designers’ goal is to comprehend the issue properly. Voice UI should have the ability to predict the user’s needs and present the data about the next step.

Adaptive User Interface (AUI) is a program that adapts the needs of context or user. In the near future, designers will focus on evaluating all the user data to fulfill the users’ requests to a great extent. The visual designers will come up with plenty of graphic user interface options, including font, color, picture, and gesture. This analyzes the current health condition of a person and digital assistant may suggest avoiding some possible tasks in a day accordingly.

The graphical user interface helps designers to introduce the character by fidgeting the voice, tone, and words. A voice is part of a human and forms the recognition. With such an interface, when we communicate with others in the real world, we feel emotions. This describes that people consider understandable voice rather than just human voices.

Many Artificial Intelligence (AI) systems are still limited to narrow AI and use machine learning to undo a drawn obstacle. The basic difference between slim and general artificial intelligence is that the entire systems learn but aren’t being expressly programmed. General AI may learn to utilize while AI acts for overall and particular functions. Now, the General AI system is trying to figure out combining and processing information via different sources.

The popularity of the adoption of VUI systems raises the standards of VUI AI-based systems that are expected to improve the engagement of users. The connection between humans and computers seems to be quite cooperative and interactive. This trend is expected to step into your houses and you can simply control every chore with voice and different kinds of machines.

Conclusively, we all can agree on the fact that Voice User Interfaces (VUIs) is going to make a drastic impact on the UI technology in the next decades.

After understanding the recent VUI trends, you came to know the importance of acquiring artificial intelligence services. So don’t forget to incorporate VUI in your future websites and applications.