How to Decide Between Building Web Apps and Native Apps? 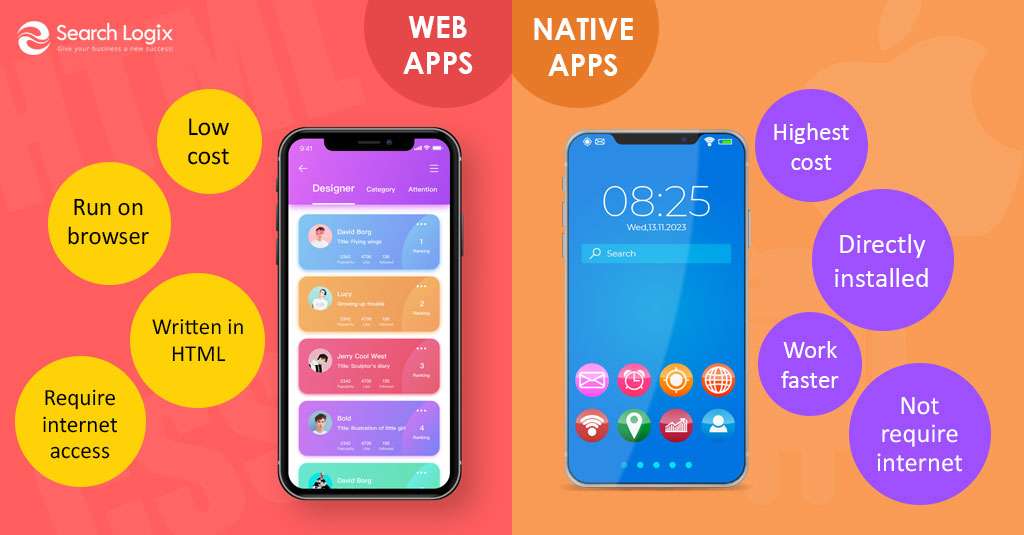 Developing a mobile app has become more than a necessity these days and its process basically starts with an innovative idea. You need to pay complete attention to each involved process starting from planning to designing, developing, testing, and app deploying to mobile devices. One of the major aspects you need to decide earlier on in your app development process is how to build an app and deploy it.

The two major paths you can choose from – web app or native app. As the name describes, a web app is an app which the user accesses via the internet. On the other hand, the native app operates with devices’ intuitive features and can be downloaded from an app marketplace. You can approach the best iOS app development company in India to determine which kind of app you should design.

Both of these are beneficial tools for users as well as developers but carry basic differences. Let’s figure it out:-

In the case of web apps, users don’t have to download and install the app on their mobile devices to access it. The app is basically coded in HTML and CSS, with the other interactive components in JavaScript, JQuery, or any similar language.

A single web app can be operated on various devices and is capable of performing over the web irrespective of the operating system you use. While designing a web app, you need to keep design considerations, including UI elements, visuals, usage information display, plan upgrading, UI speed optimization, and other attributes in mind.

Native apps are built particularly for a specific mobile device and are set up directly on the device itself. Users can simply download the app through Apple App Store and Google Play Store. If you want your app to perform across all mobile operating systems like Android OS and Apple iOS, you need to develop separate apps for each system. While designing a native app, you need to consider design requirements like responsiveness, usability, navigation, and interactive UI/UX.

Now that you have got a pretty clear idea about which kind of app you should develop. A leading mobile app developer company in India can help you use a result-driven approach in a comprehensive manner for your upcoming project.

Being one of the top iOS app development companies in India, we ensure to solve your further queries related to native apps and web apps. You can reach out to us to make the best use of technology with ease and perfection.