5 Myths About Mobile App Development That Needs to Be Busted 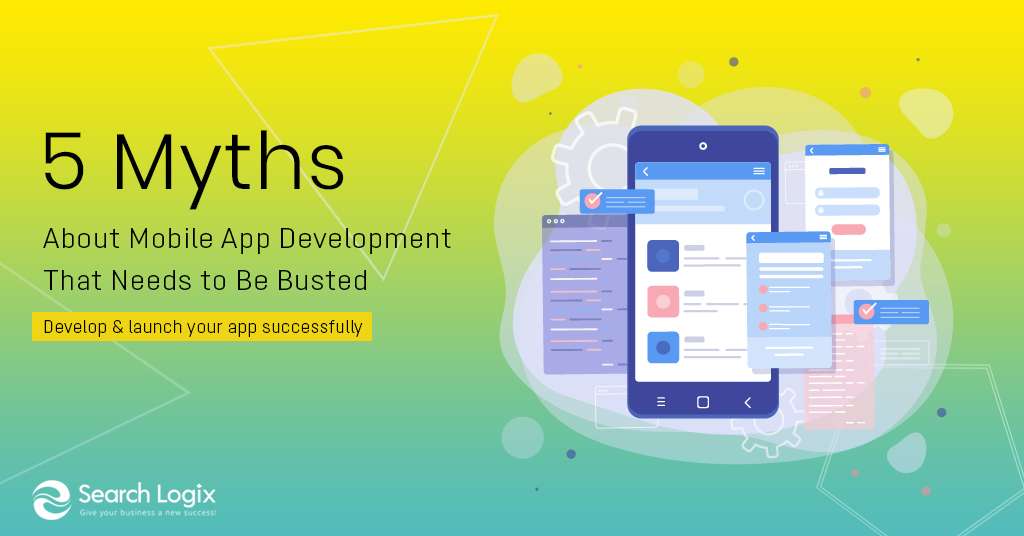 In today’s modern world, mobile applications have become more than a necessity and a norm for all kinds of businesses to reach consumers and achieve success. A mobile app should be interactive and effective, satisfying the requirements of the audience and using the advantage of the latest technology.

With the increase in the trend and dependence on mobile apps, the app development process holds unparalleled importance in business production. There are also several myths and misconceptions in the field of mobile app development that can end you up with making wrong decisions.

Probably the extremely common misconception about mobile applications is that people expect Android apps are developed at a less price as compared to iOS. A developer with the basic knowledge of open sources can develop an Android or iOS app but the process is daunting. As Android devices are dominating the market and it is essential to manage UI across all platforms, developing an Android app isn’t cheaper.

Myth 2 – Adding Rich Features is enough to promote the Application

There is no denying that building an innovative and faultless app can increase the awareness of your app. But its functionality and features are not sufficient to draw the attention of a wider audience. You need to focus on marketing your app across popular platforms and promote it well through various sources.

It is a common myth that mobile devices are small so you can develop mobile applications at cheaper prices than web apps. The prices will be dependent on its features and kind of app that you want to build. Also, the procedure of developing an app is as complex as a website or software.

Myth 4 – Mobile Applications Are Only Meant for Smartphones

Today, a majority of people are using apps on their mobile devices. But that doesn’t mean that mobile apps will only operate on smartphones. You can also use it on various platforms, including tablets, iPads, smartwatches, consoles, and much more.

Myth 5 – Your Job is done once the Application is developed

If you’re thinking that building and launching the app completes your job, then you are wrong. Both Android & iOS app development is a continuous process and there are a lot of other elements to manage. You need to fix the bugs, introduce new features, and update version according to the needs of users.

So the next time when you are working on having a mobile app created for your business or personal needs, don’t ignore these facts and myths.