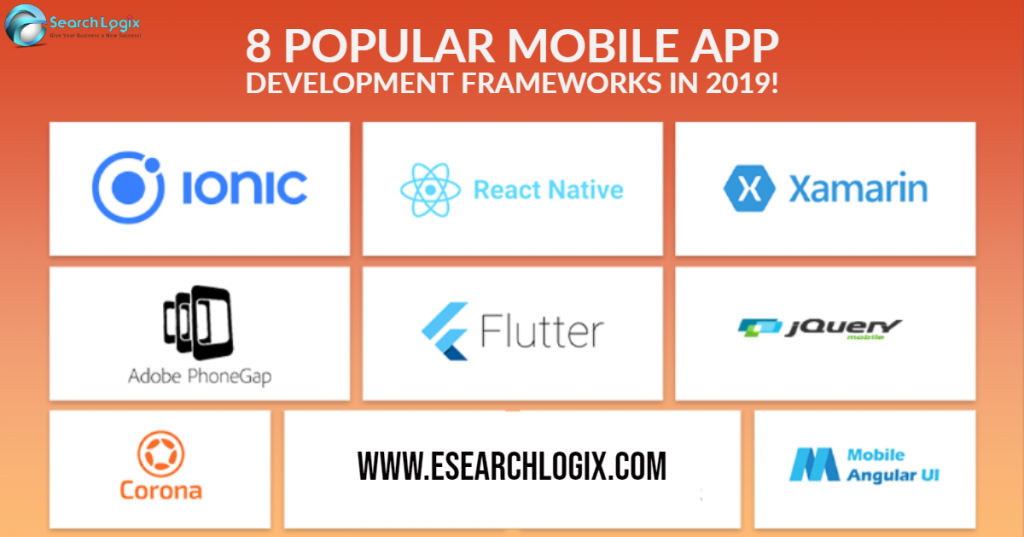 In the past few years, there has been a drastic change in the way of implementing strong and effective marketing strategies. Majority of companies are focusing more on mobile applications than just websites to reach a wider audience. Although, it is necessary to choose the appropriate mobile app development framework, technologies, and databases in order to achieve success.

There is a massive growth in the number of iOS and Android Apps over the web. Not only this, hybrid and cross-platform also gained huge popularity and plays a major role in app transformation. We have many web frameworks for developing smart websites and web applications. Similarly, there are a number of frameworks available to build a mobile application. Come and let’s learn about some mobile app development frameworks in 2019 that are used to create successful apps.

Ionic is one of the commonly used frameworks by developers. The best part of this framework is that it is free of cost. It is basically a client-side framework which enables developers to create native-based apps integrating HTML, JavaScript and CSS3. It is considered as the best tool for developing progressive web apps.

React Native is a cross-platform framework, launched by social media player Facebook. It is an open-source framework that gives complete support to the IDEs and other tools. It is also known as one of the ideal JavaScript frameworks for building native apps.

Xamarin is an innovative method to create an app which allows developers to use C# codebase for iOS, Android, and Windows. A user can also share these codes using Mac OS and Windows platform that helps developers to build native apps and deliver a great user experience.

Adobe PhoneGap is a cross-platform app development framework by which developers can build an app in HTML5, CSS, and JavaScript. It supports intuitive device features such as camera, GPS, storage, Phonebook, and many more. It can be used to build apps for almost every operating system alongside Android and iOS.

Flutter makes the app development process simpler by providing a single base code for both iOS and Android. It is used for the development of hybrid apps. It uses 2D rendering engine known as Skia to create impressive visuals.

Corona SDK is much faster than other mobile app development frameworks. The best advantage is that it is supported by Lua which is a lightweight programming language to increase speed, streamline the usage and give flexible apps.

JQuery is based on HTML5 development framework which supports almost all devices with a single code version. This can be used to develop mobile apps and websites. It also works with all kinds of operating systems such as Mac OS, Windows, Blackberry, Kindle, Firefox, and much more.

Mobile Angular UI is an open-source framework that combines the execution of Angular and Bootstrap framework. It makes an app development process convenient and can be used to build apps in HTML5.

Frameworks are the most essential tools to build all kinds of websites and apps. However, every project has a particular requirement and you need to select the right framework based on your business needs.

If you want to gain a detailed understanding of mobile app development frameworks and know which one works the best for you, get in touch with us. Our professional team will help you to make effective decisions.